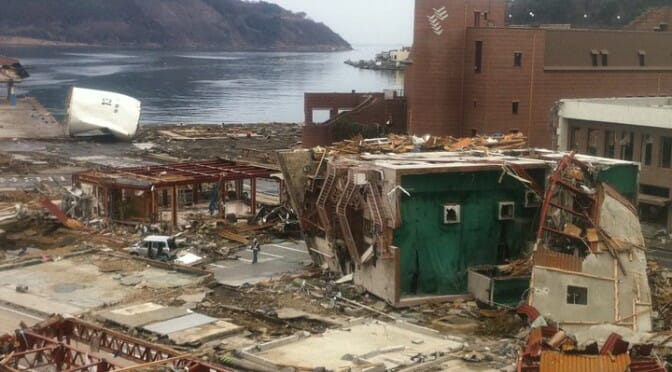 In 2011 our first project was to help our friend Tomohiro from Ischinomaki in Japan. He played in a hardcore band called Ragnarok. In March 2011 his school became a refugee camp after the earthquake and tsunami. His town and parts of his school were destroyed. In the beginning over 1500 people fleed in this school, and after 7 months there were still 200 people living in the school. In the beginning we collected clothes and donations for new school uniforms and school supplies. And later to we send donations which were used for food and household equipment.